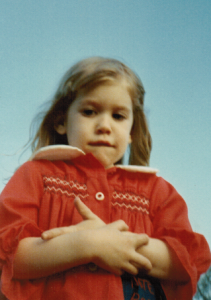 Jennifer Myers grew up among the cornfields of Ohio. Graduating from the Ohio State University in 1991 she moved to Chicago where she began a career as a Modern Dancer. Performing and choreographing for the next seven years in Chicago and through out the Midwest, she eventually became artistic director of her own company, Structure. In 1996, the sudden death of Jennifer’s dancing partner prompted her to question life, catapulting her on a spiritual search. She traveled to India, Germany, and San Diego, where she participated with a spiritual community helping to produce self-growth seminars.

In 2002 she began a career in Real Estate, yet could not escape a part of her past and poor decision-making. On April 23, 2003 she was arrested by the Federal Government and indicted along with twenty-nine other people for her participation in a marijuana trafficking ring. For two and half years Jennifer waited to be sentenced. She continued in
real estate while she was bribed and stalked by other members of the drug ring.

It was only by having the tremendous support of her family and friends, and a steady spiritual practice, that Jennifer was able to make it through her two and a half years on pre-trial, awaiting sentencing—her future unknown. Once she made the choice to surrender to her experience, she began to built fortitude, strength and a deeper reverence and trust for the process of life. On November 22, 2005 Jennifer was sentenced to three years in a Federal Prison Camp.

Her fourteen months incarcerated, though challenging and difficult, gave her many gifts as well. In prison she created relationships she valued. She was stunned at the large number of women locked-up for non-violent crime, most on lengthy drug sentences, and most mothers, sometimes leaving two or more children behind. When she was released she made a vow to give back from her experience and upon her release in 2007 founded LA Myers Consulting. Since, she has come to realize the power of adversity, the magic that happens when we share our stories with the world, the importance of restorative justice, non-violence and forgiveness.