Was Lock-Up My Destiny?

Posted on: August 13, 2012 Posted under: Uncategorized 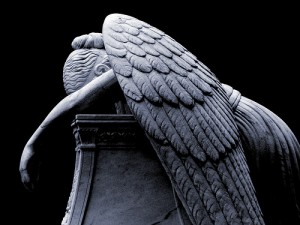 “Do you have any needles, sharp objects, or weapons in your purse?” The DEA agent’s accusing tone and the grip of the handcuffs too tight around my wrists are still fresh ten years later. I’d never been in trouble with the law besides an occasional speeding ticket. I had a great childhood and knew I was loved. I grew up on a farm in Ohio. I showed steers in 4-H, sold Girl Scout cookies and competed in gymnastics with my best friend Stephanie, and twirled in tutus at the local dance studio where I also taught class. After college I moved to Chicago to begin a career as a modern dancer, where eventually I’d make a decision that would forever change my life.

In 2003, when the DEA knocked on the door of the real estate office where I was a manager and arrested me for trafficking marijuana, I knew I was guilty. In the beginning the trafficking had seemed innocent—not a big deal. I knew a lot of people who smoked marijuana—many, professionals who lived good ethical lives. The truth was, though, it was never about the drugs: the money was the addiction. One year turned into two, until I was surprised when eight years had passed. Frivolous spending turned into “purposeful spending” when I began to use the money for my spiritual search. By then, the trafficking felt like a job. It’s just like any old business officer. When I was arrested I wished anything I could turn back time. He couldn’t see inside, inside where I was frantically praying. I wanted to do my life over. I wanted to take it back and make a new “Jenny-plan”.

When my attorney told me I was facing ten years my head dropped to my chest, stunned. I couldn’t. I wouldn’t survive. The Federal Sentencing Guidelines book on his desk disclosed the minimum mandatory guidelines that determined my sentence. “The judge’s hands are tied by the guidelines,” he said.

I’d disappointed my family. I’d disappointed myself. The bigger crime, though, was that the trafficking had kept me stuck in a pattern for 10-years that had created walls inside of my heart—a truth I couldn’t see until after I was arrested. My situation was ironic: I was facing incarceration when “inner freedom” was such a large part of my vocabulary. I can still feel the rough edges of peeling paint hugging my back as I sit against the white barn of my childhood and stare up at the sky. The world’s so big. Even at nine-years-old I knew there was more to the world than what I could see.

The two and a half years I waited to be sentenced moved slowly. Time distorted. I couldn’t move forward, or back. The flame of my life flickered and threatened to snuff out. I was frightened by what I didn’t know. The fear consumed me: a beast I couldn’t remove that twined inside and wrapped around my heart.

The fourteen months I spent at Federal Prison Camp Alderson opened my eyes to a new and frightening world. Located in the foothills of the Allegheny Mountains in West Virginia the compound was almost beautiful—chipmunks ate jolly ranchers out of our hands as swallows hopped on picnic tables. The large trees reminded me of the trees of my childhood. Yet, you leave everything and everyone you love outside the prison gates.

The women I met in lock-up—addicts, soccer moms, artists, high-level executives and low level workers—became my new family. They seemed as normal as I. Most had been locked up for non-violent crimes like mine. Most of them, unlike me, were mothers who’d left children on the outside. I watched families being torn apart as they tried to communicate from prison over limited 15-minute phone calls and weekend visits (if the woman wasn’t placed in a prison too far away, which often happened). At the end of my visits, I’d cover my ears when the children cried as they reached for the mother they had to leave, over and over again.

When I was released, I made a vow to give back from my experience—an experience I refused to forget. I wanted to become a voice for the women I left behind, the women locked up. The “lost girls” I called them.

That’s why I founded LA Myers Consulting, a prison consulting business that prepares men and women, and their families, for the experience of federal prison. That’s why I’m working to develop My Bag is Your Bag, a vocational program for former inmates. And that’s why I wrote Trafficking the Good Life, to be released by Bettie Youngs Books this fall.

I think about the choices I made in my life. I think about the over 200,000 women locked up in the United States every year. I think about the people I know who are still incarcerated. I can’t reverse my life, but I can make a difference. Maybe it’s my “pay back”. Maybe it’s my karma. What I do know is it’s my purpose. “I feel as if these past two weeks have flown and now I am down to days. I also know you are the only person I have to talk to who truly understands,” writes one client a few days before her sentencing.

With her words I know I have helped: If only I’ve touched one woman.